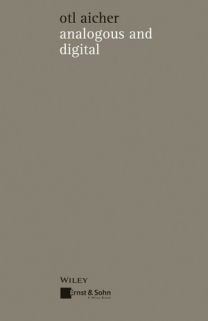 Otl Aicher (1922-1991) was an outstanding personality in modern design, he was a co-founder of the legendary Hochschule für Gestaltung (HfG), the Ulm School of Design, Germany. His works since the fifties of the last century in the field of corporate design and his pictograms for the 1972 Summer Olympics in Munich are major achievements in the visual communication of our times.

"An integral component of Aicher's work is that it is anchored in a "philosophy of making" inspired by such thinkers as Ockham, Kant or Wittgenstein, a philosophy concerned with the prerequisites and aims, the objects and claims, of design. Aicher's complete theoretical and practical writings on design (which include all other aspects of visual creativity, such as architecture) are available with this new edition of the classic work.

If Aicher prefers the analogous and concrete to the digital and abstract he does it with a philosophical intention. He relativizes the role of pure reason. He criticizes the rationality of Modernism as a result of the dominance of purely abstract thinking. Anyone who prefers the abstract to the concrete does not only misunderstand the mutual dependence of concept and view. In Aicher's judgement he is also creating a false hierarchy, a rank order that is culturally fatal. Things that are digital and abstract are not greater, higher and more important than things that are analogous and concrete."

Writings that are anchored in the „philosophy of making“ 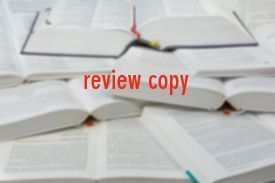 Request for a review copy

Do you find a publication particularly interesting? Do you wish to review a title? We would be pleased to send you a copy. Please use the prepared form to request one.