News about the Southern line - current state, processings and challenges of the Baltic-Adriatic corridor 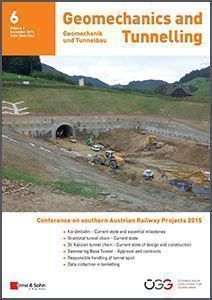 Cover Story: In July 2015 the starting wall for the north portal of the Langer Berg Tunnel was built with the excavation of the starting cutting. Ahead of the work the Granitzbach was diverted in parts also a lot of ground work had to take place.

More information about the Southern line in the current issue:

Single technical articles from all our journals going back to 1967 can be found and downloaded as PDF in the online archive.