The jury session for the Ulrich Finsterwalder Structural Engineering Award 2017 took place on 11 November 2016 in rooms provided by the TU Berlin. The 13 jury members, consisting of well-known representatives of academia and practice as well as authorities and associations, are invited by the publisher Ernst & Sohn before each call for entries for the prize. Each prize has its own jury. In order to avoid conflicts of interest in the decision-making process, jury members have no voting rights regarding entries, in which they were involved.

TOne little tradition has become established, that the jury members can already gain an overview of the competition entries during the afternoon of the day before the jury session. The selection of the prize winner was, however, preceded by an intensive, 7-hour discussion with some lively pleading due to the wide range of structural engineering works that had been handed in. At the end of the day, the jury voted by a majority for the:

Refurbishment of the Kochertalbrücke, Geislingen 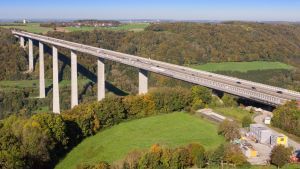 The award ceremony for the Ulrich Finsterwalder Structural Engineering Award 2017 will take place on 10 February 2017 in the event hall of the Deutsches Museum in Munich, Germany

Ulrich Finsterwalder counts as one of the most significant civil and structural engineers of the 20th century due to his contributions in the fields of reinforced concrete and prestressed concrete. He is one of the outstanding engineers, known outside the boundaries of Germany and Europe. Finsterwalder built on many continents and his achievements were honoured internationally with dozens of medals and other honours. His name therefore not only stands for reinforced concrete construction but for the whole field of structural engineering.

You can find a short biography and an overview of his works and career on Structurae. 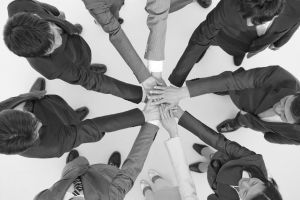 We thank our partners for their kind support

The Bavarian Chamber of Civil Engineers