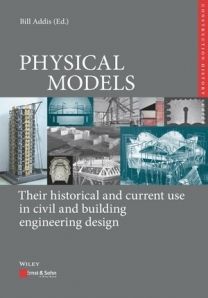 The book traces the use of physical models by engineering designers from the eighteenth century, through their heyday in the 1950s-70s, to their current use alongside computer models. It argues that their use has been at least as important in the development of engineering as scientific theory has.

Physical models have been, and continue to be used by engineers when faced with unprecedented challenges, when engineering science has been inadequate or even non-existent, and in any other situation when engineers have needed to raise their confidence in a design proposal to a sufficient level in order to begin construction. For this reason, models have mostly been used by designers and constructors of highly innovative projects, when previous experience has not been available.

The book covers the history of using physical models in the design and development of civil and building engineering projects including Robert Stephenson?s Britannia Bridge in the 1840s, the masonry Aswan Dam in the 1890s and the Boulder Dam in the 1930s; tidal flow in estuaries and wind and seismic loads on structures from the 1890s, the acoustics of concert halls and the design of thin concrete shell roofs from the 1920s, and the dynamic behaviour of tall buildings from the 1930s, as well as and cable-net and membrane structures in the 1960s. Individual designers featured include Eduardo Torroja, Pier Luigi Nervi, Heinz Hossdorf, Heinz Isler, Frei Otto, Sergio Musmeci and Mamoru Kawaguchi.

The book concludes with overviews of the current use of physical models alongside computer models, for example in boundary layer wind tunnels, seismic engineering, hydrology, soil mechanics, and air flow in buildings.

Traditionally, progress in engineering has been attributed to the creation and use of engineering science, the understanding of materials properties and the development of new construction methods. The book argues that the use of reduced-scale models has played an equally important part in the development of civil and building engineering. However, like the history of engineering design itself, this crucial contribution has not been widely reported or celebrated. 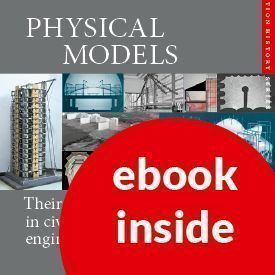