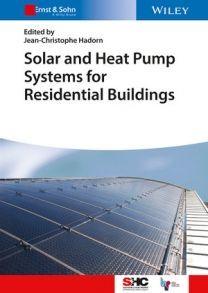 Jean-Christophe Hadorn is a Civil Engineer (Swiss Federal Institute of Technology, Lausanne) and holds an MBA from HEC University Lausanne. He led the Task 44 Solar and Heat Pump Systems of the Solar Heating and Cooling Programme as operating agent from 2010 to 2013, a group of 55 participants that realized the present book.

Since 1985, Mr Hadorn has been appointed every year as external manager of thermal solar energy and heat storage research program by the Swiss government.

He was asked in 2003-2005 by the French government to set up the new National Institute of Solar Energy (INES) in France, now operating with more than 100 researchers.

From 2005 to 2008 he was chairman of the board of a solar PV company listed on the Nasdaq.

In 2000, he founded an engineering company dealing with solar energy, environmental and new energy issues.

Since 2013 he has led the Pierre Chuard Group, a renowned HVAC engineering company in Switzerland.